Take-up of logistics space in the UK reached record breaking levels by the end of 2020, as e-commerce continued to be the undisputed driving force behind the sector’s growth, according to Cushman & Wakefield.

E-commerce, led by the likes of Amazon, was the driving force of demand throughout the year as the sector rushed to secure additional space to meet soaring online sales during the COVID-19 pandemic. It accounted for almost 38% of total annual take-up (including parcel delivery and postal operators), an all-time high.

Among the largest deals of the year in the South West were Amazon’s pre-let of a 2.4 million sq ft multi-level warehouse in Swindon in Q3 and the letting of a 248,127 sq ft unit at Western Approach to Wincanton.

The record-breaking levels of take-up contributed to a 7% fall in available stock in the South West to 5.1 million sq ft, well below the 10-year average.

Chris Yates, Partner, Logistics & Industrial at Cushman & Wakefield, commented: “The South West industrial market saw a particularly strong second half of take-up in 2020, resulting in record annual take-up of 4.6 million sq ft by year end, underpinned by Amazon’s 2.4 million sq ft pre-let at Panattoni Park in Swindon. Of note was the pick-up in activity in the Greater Bristol market in H2 2020 in particular, with significant lettings to the likes of Wincanton (248,000 sq ft) and EDF (260,000 sq ft) in Avonmouth and a flurry of 10 mid-box lettings in Q4 itself, including a new 78,000 sq ft delivery depot for Whistl in Patchway, North Bristol.

“As a result of this pick up in leasing activity, coupled with a natural pause in many of the development cycles as several schemes now gear up for their next phases, it has served to restrict supply of immediately available buildings to just a handful of units. However, the supply pipeline will be bolstered heading into 2021, with both the return of refurbished second hand stock and continued new build activity in locations such as Gloucester, Chippenham, Exeter and Avonmouth, including the new 360,000 sq ft cross docked unit currently under construction by Mountpark at Central Park. This should serve to make 2021 another robust year of performance for the sector in the South West.”

Bruno Berretta, Associate Director, UK Industrial & Logistics Research and Insight at Cushman & Wakefield, added: “The uncertainty linked to Brexit has dissipated following the last-minute deal between the UK and EU and should facilitate decision making in 2021. Many occupiers are still busy working out the practical implications of the deal and how to best serve in a cost-effective manner the UK and continental markets. In some cases, this could mean setting up a dual UK-EU distribution model, albeit the cost of such an option will have to be weighed against the costs (£/delay) of dealing with customs.

“Overall, the longer-term implications of the deal hinge on the ability of UK businesses to remain competitive in the face of rising costs associated with red tape and tariffs in the event, for example, UK exports didn’t satisfy Rules Of Origin (ROO) requirements.” 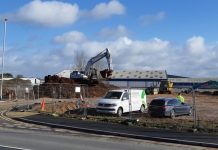 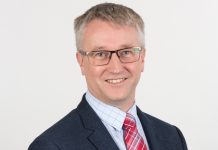 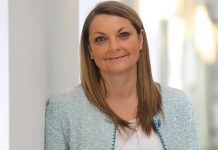