The importance to UK growth of Digital technology investment, a key economic driver in the South East, has increased against a backdrop of COVID-19 uncertainty and a shift in investor priorities, according to EY’s latest UK Attractiveness Survey, which tracks the UK’s appeal as a destination for foreign direct investment (FDI).

Meanwhile, health and wellbeing, including life sciences, another key contributor to the South East economy, has been named as the sector second most likely to drive UK growth in the next 12 months.

The figures are the latest evidence of the economic impact of the COVID-19 pandemic, which has created uncertainty around business investment and prompted a re-think of investor priorities.

The survey of 220 non-UK investment decision makers also found that 43% of respondents are continuing with the UK investments they planned before the pandemic, down from 72% in April.

A forthcoming EY survey of 109 investors, carried out at the same time and focused on Europe, found that the UK is seen as the second most attractive European destination for foreign investment in 2021, with 40% of respondents describing it as among the ‘most attractive’ countries – slightly behind the 43% opting for Germany and ahead of the 39% backing France.

Digital sector’s growth is positive news for the South East

EY’s research has found that the crucial digital sector – a significant employer in South East – has increased in importance to the UK in the wake of the pandemic.

Importantly, digital investment will be a key theme of several future FDI projects in various sectors, with 56% of respondents saying that the ability to deploy technology to transform future operations would become more important to their investment strategy as a result of COVID-19. Fifty-three per cent of respondents said that digital customer connectivity would become another key theme.

Digital adoption is also in investors’ top-five criteria for where they back projects, with 21% of respondents saying that the level of technology adoption by consumers, citizens and administrations would be a key factor influencing their decision about whether or not to invest in a country.

Richard Baker, Managing Partner at EY in the South East, comments: “The South East is well-served by its digital infrastructure, particularly with hubs in places like Reading. Digital transformation will be vital in ensuring South East businesses remain competitive and connected, particularly in a post-pandemic environment where remote working and collaboration are more important.”

EY’s report reveals that a shift in what matters to investors has brought health and wellbeing to the forefront of investment plans.

The proportion of respondents identifying health and wellbeing as the sector most likely to drive future UK growth has more than doubled from 15% in 2019 to 36% now.

Notably, 41% of respondents deemed the quality of the health system’ a more important factor in their investment strategy as a result of COVID-19 – outranking factors like sustainability and climate change (35%).

Richard comments: “The pandemic has reinforced the important of health and wellbeing opportunities for investors. The UK has a strong track record in this area and places like the South East and in particular the Thames Valley has mature life science hubs around Oxford and Slough, which form a key part of that. The region is home to several major global pharmaceutical companies. There is clear appetite for further investment in the health and wellbeing sector and the South East is well-placed to meet this demand.”

The report also found that the proportion of overseas companies planning to invest in the UK in the next 12 months has fallen to 25% from a ten-year high of 31% in April.

Over one-third of respondents (35%) said they had scaled back their UK FDI plans and 17% have paused them. However, just 5% have cancelled UK plans entirely and 21% said they had increased UK investment in light of COVID-19 (up from 5% in April).

Positively for the UK, 32% of manufacturers surveyed said they planned to ‘reshore’ activity to the UK given the disruption to global supply chains caused by COVID-19. Meanwhile, the UK’s longer-term outlook has improved, with 53% of respondents saying UK attractiveness will increase over the next three years compared to 34% in April and 26% in 2019.

And, while down from April’s decade-high, the proportion of respondents planning UK investments in the next year (25%) is still at the second highest level since 2016.

Alison Kay, EY UK&I Managing Partner for Client Service, says: “The UK’s attractiveness as a destination for FDI remains comparatively strong despite COVID-19. Overall, the outlook for the UK looks stronger than that for Europe. With strengths in key areas like digital technology, Research & Development, and manufacturing, there is more than a solid base for the UK to build a future strategy on. These factors, combined with a growing interest in ‘reshoring’, present post-pandemic opportunities for the UK to meet investor needs and accelerate its levelling-up agenda.

“However, the UK will need to keep pace with the changing drivers of investment. Since the start of the year, COVID-19 has seen investors put an increasing premium on a country having measures in place to prevent a future crisis and its level of success in dealing with the pandemic.”

EY’s report reveals the pandemic has prompted shifts in what matters to investors and in the types of project attracting investment, with 61% of survey respondents saying the changing economic model in major city centres will become an important part of their future investment strategy.

COVID-19 has also required investors to re-prioritise their investment criteria. Thirty-six per cent of respondents say their most important investment criteria is a country having measures in place to prevent a future crisis (up from 20% in the summer), followed by 27% prioritising a country’s success in tackling COVID-19 (up from 23%). Factors such as the quality of labour (down from 25% to 19%) and the labour supply (down from 21% to 17%) have become less important.

Richard concluded: “The pandemic has been a significant driver in boosting the importance of technology adoption and appetite for investment in health and wellbeing. The Government’s ambitious infrastructure plans also seem to have prompted interest in real estate and construction FDI. The decline in appeal of business services reflects the fact that this is a mature market with fewer new investment opportunities.

“It’s clear that investors will need to be convinced that a country can cope with future shocks before investing.” 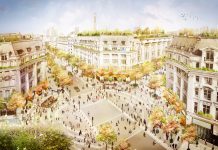