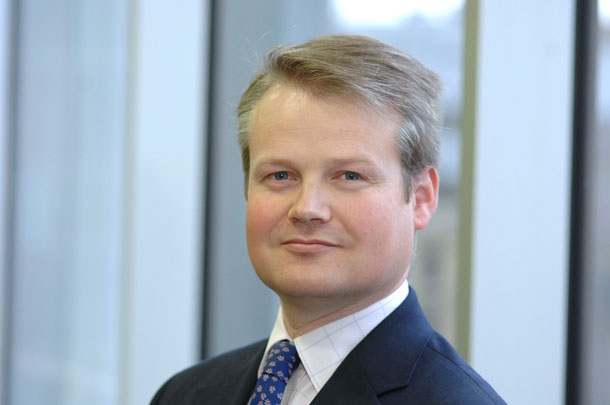 Foreign purchases of UK commercial property amounted to £8.1bn in the first half of 2012, up 80% on the equivalent figure for H1 2011, according to a report from DTZ, a UGL company.

As a result, the proportion of total UK commercial property investment coming from overseas rose to 53%, the highest level on record, driven primarily by an increased appetite for larger lot sizes in central London. Notable deals during the first six months of 2012 included Permodalan Nasional Berhad’s (PNB) £500m acquisition of 90 High Holborn and 1 Exchange Square, and Brookfield’s £518m acquisition of part of Hammerson’s London office portfolio.

Increased demand from overseas purchasers is not just restricted to central London. Foreign investments amounted to £2.5bn outside the capital in the first half of the year, up 31% on H1 2011, taking their share of total purchases to 38%.

Ben Burston, Head of UK Research at DTZ, said: “Since 2001, when a fifth of commercial property purchases in the UK were by foreign investors, the trend has been steadily upwards. Now, for the first time over a six month period, overseas investors account for the majority of investment activity in the UK.

“Central London deserves its reputation as a magnet for foreign investment and the flow of money from overseas into commercial property in the capital has increased strongly during 2012.

“We are also seeing foreign investors increasingly attracted to major regional cities in search of yield. However, they are only being tempted beyond the sanctuary of the M25 when security of income is protected by good quality stock, low vacancy rates and institutional leases to secure covenants. Pramerica’s £69.6m acquisition of 141 Bothwell Street in Glasgow at 6.17% is a classic example.”

Some unlikely towns feature in DTZ’s list of the top 10 towns and cities attracting foreign investment, with most propelled there as a result of a single, large deal. Birmingham and Bristol, which ranked third and fourth in H1 2011 do not figure in the top 10 for H1 2012, whereas Farnborough and Rugeley are new entries. Central London, multi-region portfolios and Greater London aside, Cambridge sits fourth after BioMed Realty Trust’s £126.75m acquisition of Granta Park.

Ben Burston said: “Outside London, foreign investors go wherever secure returns are on offer which is why the leading towns and cities tend to vary considerably year-to-year. The Granta Park deal in Cambridge is typical – a fully let 100 acre business park bought at 7.9% with an average unexpired lease term of 10 years.”

Investment activity in the West Midlands in H1 2012 was on a par with the corresponding periods in 2011 and 2010, helped by the £130m sale of the Kingfisher Shopping Centre in Redditch.  Overseas investment into the region accounted for approximately one third of transactions by value, including Oaktree Capital Management’s (USA) purchase of the Kingfisher Shopping Centre, but the proportion would be higher with cross-regional portfolio transactions, such as Harbert’s (USA) purchase of four industrial estates from SEGRO for £204m and Blackstone’s (USA) purchase of two distribution portfolios from ProLogis for £215m and London & Stamford for £265m. US private equity funds have dominated, although Middle Eastern and South African investors have also been active.

Birmingham itself saw only one transaction involving an overseas purchaser, with CLAL’s purchase of 115 Colmore Row for £32.2m, notable as the first Israeli investment in the city.

During the first half of 2012, overseas interest in the regions came primarily from North America, where investors accounted for 40% of total overseas purchases outside central London. This figure was heavily influenced by two large multi-region portfolio deals. These were Digital Realty Trust’s £716m acquisition of the Sentrum data centre portfolio – spanning sites in Woking, Watford and Croydon – and SEGRO’s £204.5m sale of industrial estates in Birmingham, Manchester and Rochdale to Harbert Management Corporation (Europe) LLC.

European investors accounted for 21% of investment outside the capital with Middle Eastern accounting for 9%.