Jon Richards’ appointment comes after serving with SevenCapital as a development director for the past two years. Jon has been instrumental in driving forward key projects such as SevenHomes’ flagship development Oaklands in Moseley – which is now sold out of all but one home during the summer. He has also developed a robust business strategy which has seen a surge in recent acquisitions across the West and East Midlands, as the housebuilder ramps up activity to achieve its target to build 20,000 homes by 2030.

Sarah Morris was previously employed as PR Manager, predominantly for SevenCapital’s residential distribution arm for the past three and a half years. Sarah will now actively handle and oversee PR activity across all key brands within the SevenCapital Group – including SevenHomes.

Jon Richards commented: “I am delighted to have been appointed Managing Director for SevenHomes. At launch we set an ambitious target to build circa 10% of the total Midlands regional housebuilding target for 2030. I have a great team around me who I am looking forward to driving over the coming years as we work together to meet this objective.”

Bal Sohal, SevenCapital Group Chairman, added: “These are two fantastic appointments that will be instrumental in the continued success of our businesses. Both Jon and Sarah have been outstanding in their achievements for SevenCapital to date and I look forward to seeing what they achieve for SevenHomes and the wider SevenCapital Group in the coming years.” 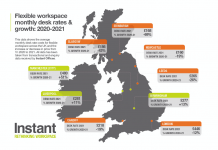 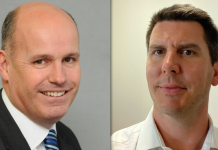