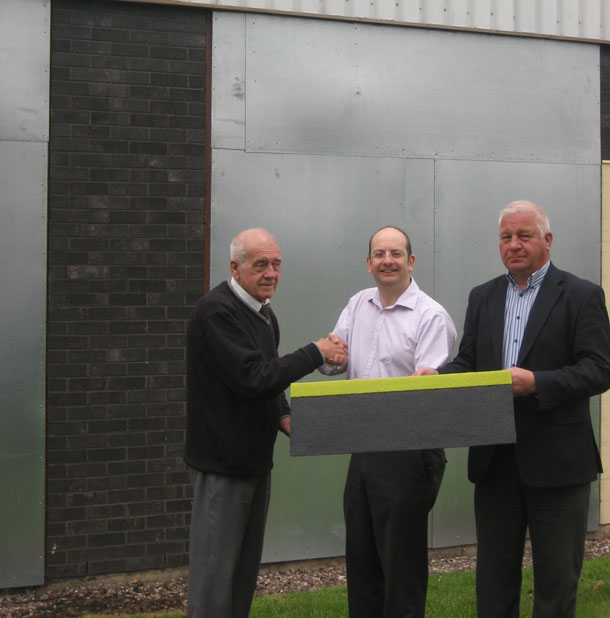 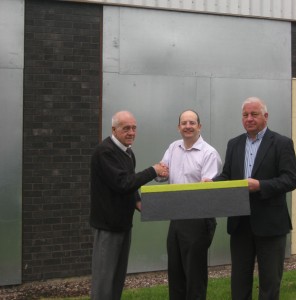 J & A Stevenson Ltd has launched their new product Tactile Systems at a new base on Tweedale Industrial Estate.

The new factory, close to the company’s existing factory on the industrial estate, will initially create 10 jobs and will be the only UK manufacturing base of SureGRP Tactile Surface Mounted System which warns visually impaired people of the dangers and obstacles ahead. Bosses said the acquisition could potentially create many more new jobs in the future.

Adrian Stevenson, director of Tactile Systems said it was an exciting development in the expansion of J & A Stevenson’s existing business portfolio.

“The new factory will see the manufacture of a wide range of surface products for visually impaired people.

“We will be producing Tactile Surface products including guidance path surface mounted pavers which guides visually impaired people along a route as they follow the surface or use their white stick to follow it.

“Other products include the corduroy hazard warning surface to warn people of steps or a level crossing and also blister red tactile surface for people to differentiate between the pavement and the road and also platform edge warning to tell people they are close to the edge of the platform.

“All of these you will have seen on pavements every day and now they will be produced here in Telford,” Mr Stevenson said.

“It is safe to say J & A Stevenson Ltd is beating the recession and the company portfolio is going from strength to strength resulting in new jobs here in Telford which is fantastic news for the town’s manufacturing industry.

“Between our two factories on Tweedale we have become one of the biggest manufacturers of non-slip and specialist flooring in the UK.”

The company has already won a contract to improve the entrance of Action for Blind People charity’s central office in Southwark by installing the SureGRP Fastac “surface mounted” hazard corduroy tactile warning system at the top and bottom of each of the entrance ramps to achieve full DDA compliance.
Mark Woodham, facilities manager at Action for Blind People praised the Tactile Systems’ team for speed of installation and lack of disruption.

He said: “The tactile pavers were laid and bonded directly to the surface without the need to excavate the area or the use of heavy plant and equipment, the whole job was completed in under three hours with the minimum of fuss and disruption.”