With the October Brexit deadline only a matter of weeks away and the UK’s future relationship with the EU still unclear, business confidence is largely subdued as firms scale back on investment, according to new research by financial and business advisers Grant Thornton.

The survey of UK mid-sized firms that are trading internationally, including a proportion from across the East Midlands, revealed confidence levels rose to just 13 percent compared to 10 percent in the latter half of 2018 – well below the 40 percent recorded prior to the EU referendum in June 2016.

As a result, business investment has fallen with just six percent of firms questioned in the survey saying they plan to increase expenditure in new buildings, compared to eight percent last year, making it the lowest level since 2010. Only 15 percent of firms say they expect to invest in plant and machinery, in contrast to 19 percent in 2018, suggesting businesses are putting off key decisions until the Brexit outcome becomes clearer.

However, investment in technology remains healthier, with 38 percent of companies expecting to increase spend in this area compared to 33 percent in 2018, as businesses look for new opportunities to maximise efficiency, improve productivity and cut costs.

The survey set out to understand how UK mid-market businesses are responding to the global political climate.

Tom Copson, Director at Grant Thornton’s Leicester office comments: “With a new Prime Minister now in place and less than 100 days before the Brexit deadline, we are still no closer to an agreement on what Brexit will look like, so uncertainty remains the only certainty. This is undoubtedly having an adverse impact on business confidence which has remained notably depressed since the 2016 EU referendum.

“With a ‘no deal’ Brexit looking more likely than ever, many businesses are preparing for this outcome as waiting for politicians to reach an agreement is no longer an option for most. This is particularly true in sectors with supply chains which rely on planning and scheduling months in advance.”

The survey also found that 54 percent of businesses see uncertainty as their biggest constraint. However, growth prospects remain stable with over half (52 percent) recording revenue growth above five percent over the past 12 months and almost a third (30 percent) increasing their staff levels by more than five percent during the same period. This suggests businesses have started to adapt to the uncertainty, focusing on their core strengths and looking for diversification opportunities.

Tom Copson adds: “The advice for businesses remains the same. Companies need to ensure they have the systems and capabilities in place to adapt to any challenges which emerge and seize the opportunities which arise. This includes getting ‘match fit’ by focussing on cashflow, retaining and attracting talent, and removing unnecessary costs.

“Alongside, businesses should be reviewing and updating their contingency plans for a ‘no deal’ outcome – the most likely scenario. With proper planning in place, the outlook for businesses can remain positive, even if there are bumps in the road ahead. We’ve been helping companies of all sizes and sectors to identify the opportunities Brexit can bring, as well as the risks.” 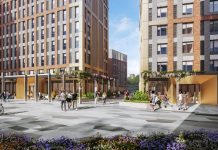 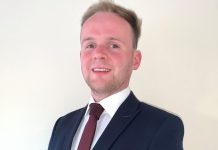